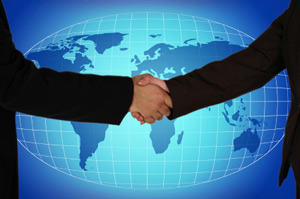 Senior Executive Service (SES) personnel lead the continuing transformation of the Federal government. Leaders chosen to SES positions possess well-honed executive skills and share a broad perspective of government and a public service commitment which is grounded in the Constitution. Per the Civil Service Reform Act of 1978, the SES was designed to be a corps of executives selected for their leadership qualifications.
SES personnel serve in the key positions just below the top Presidential appointees, and as such, are the major link between these appointees and the rest of the Federal workforce. They operate and oversee nearly every government activity in approximately 75 Federal agencies.

SES positions are the equivalent of Vice Presidents, Presidents, CEOs, CIOs and CFOs in civilian positions. If you are transitioning from the Military, typically you would have to be at the O-6 (Colonel in the Army, Air Force, Marines or Coast Guard – or Captain in the Navy) to consider applying at this level. Occasionally, personnel retiring at the O-5 level can qualify, depending on your background and number of years at that level. If you are already in the Federal Government, SES positions require you are at the GS-14 or GS-15 level to apply.

If you are not at this level, FederalResumes.net recommends you look at lower level positions, where your leadership and background will give you a better chance at success when applying for positions.

How to apply for SES positions:

Step 1: Find the announcement – search at www.usajobs.com – select Search Jobs and you can select the SES tab.

Step 2: Read the job announcement. Make sure you have done most (at least 90-95%) of the duties. Also, look at the Job Requirements. You MUST meet ALL of the job requirements, or you will not be considered for the position.

– Federal Resume or another online format – read the announcement

address ALL of them [put in a link to KSA page]

are similar to KSAs.

Other documentation may be required. You may need to send in several copies of the announcement.

ALERT:  You need to check to see if the announcement you are applying for requires ECQ statements.