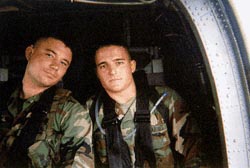 As a Veteran, your background and experience in the Military (Army, Navy, Air Force, Marines or Coast Guard) is highly valued. The skills you gained in the military are highly transferable to Federal positions. In addition, in many cases, you are given an advantage over non-military applicants in getting selected for positions. Finally, you are eligible for many more positions than non-military or non-federal government employees.
The federal government seeks personnel with training and experience in virtually every discipline, with an emphasis on homeland security, including security, intelligence, IT, telecommunications, logistics and health care. In addition, many of the positions require security clearance.

In addition, with the current shortage of military personnel, some jobs previously performed by military personnel are now being performed by the civilian workforce. Certifications gained in the military – including contracting certifications and top secret clearance, are sought after by federal agencies. In addition, the training you received while in the military is recognized as important for these agencies – whereas it might not be recognized as important in the private sector.

Candidates with active duty United States military service and separated under honorable conditions will likely be eligible for a Veteran’s Preference when applying for federal jobs. This preference can help a veteran to be selected for a given position over non-veterans, as outlined below.

Since the Civil War, veterans have been given preference in appointments to federal jobs, with Congress recognizing the sacrifices made by persons serving in the armed forces. These laws provide preference for veterans who are disabled or served in active duty during specified time periods or military campaigns over non-veterans both in hiring and in retention during reductions in force. Preference alone will not place a veteran in every federal job, nor will it apply to promotions or other in-service actions.

Generally, for a veteran to obtain preference, a veteran must have an honorable or general discharge. If you retired at the rank of O-4 or higher – and are not disabled – you are generally not eligible for preference. As a veteran, you may be eligible to have 5 points or 10 points added to their application score, depending on when you served, campaign medals you have received and your disability status. Note, for preference to be considered, it must be indicated on the resume. Check with the VA for your status.

In addition to point preferences, there are other preferences available to veterans for federal employment. These include Veterans’ Recruitment Appointment (VRA), which gives federal agencies discretionary authority to hire veterans who meet the basic requirements for the position without competition. A veteran who separated from active duty in the past 3 years AND is disabled, served on active duty during a war declared by Congress, participated while on active duty in a campaign or expedition for which a campaign badge has been authorized OR while on active duty participated in a military operations for which the Armed Forces Service Medal was awarded is eligible for a VRA appointment. VRA authority applies to white collar positions through the GS-11 level.

In addition, federal agencies give noncompetitive appointments to any veteran who has a service-connected disability of 30% or more. Like the VRA, this authority is discretionary with the agency.

A veteran’s status also can help in finding positions to apply for. Many job announcements in the federal government require applicants to have status – and if an applicant does not have status, they are not eligible to apply. Applicants who have served 3 years active duty in the military in the last 10 years most likely have status – according to the Veterans Employment Opportunity Act (VEOA). This is not just limited to personnel separating or retiring lower than the rank of major/lieutenant commander – it applies to all military personnel. This allows veterans to apply to positions not open to the general public – which is many of the positions posted for federal government jobs.

Military personnel have extensive documentation which can help develop a resume package. You have your Evaluations, Awards, Certifications, Training and Transcripts. Except for the Marines, if you have lost them, you can obtain them online. FederalResumes.net will use this documentation to develop your resume package.

FederalResumes.net will develop a Military Transition Package to highlight your how you add value and meet the job requirements. We use extensive questionnaires and will work with you via email and telephone consultation to reveal what makes you extraordinary. We will determine your value and ensure you have a coherent message and package – “your brand” – which will convey why you ARE the person for the position.